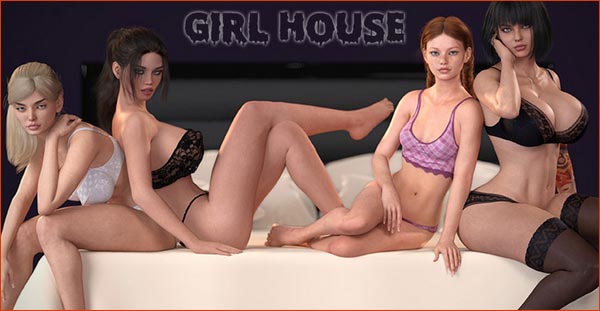 The main character in the new Girl House game will be a young guy, in whose life a lot of interesting things will happen! You wake up in the hospital with memory loss. Remember only some fragments of your past life and do not even suspect that all the troubles that happened were not accidental…


Changelog
v1.0 Extra
Hello everyone,
It is time to release the next update Girl House. It took slightly longer than I would have wanted, but I think Saturday is still within the limits. Things will get certainly more interesting in this update, I hope you will like it.

v0.5 Extras
The game Girl House rises to a new level. A new gameplay has appeared, a new mini-game and gallery have been added.
p.s. You can use old saves
p.p.s The game should run