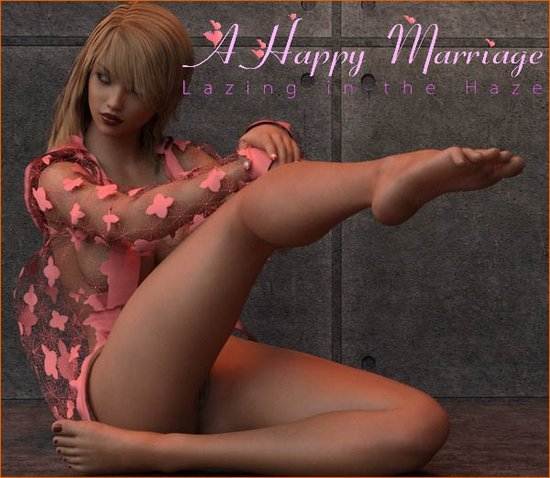 A Happy Marriage — the story of Jenny and Jim, married for 5 years but routine has set in the life of the couple. Jenny is sexually and professionally unsatisfied and Jim jerks off to porn whilst fantasising about his colleague, Claire. Perchance Jenny finds an article in a magazine that acts like a catalyst which gets her back on the fun loving and adventurous woman she used to be at college. And Jim makes the mistake of leaving his door open during one of his office fapping sessions which eventually leads him to agree to Jenny’s proposal, as indecent as he may think it is.


Changelog
Chapter 12 v.1.12
With this chapter begins the final phase of the game, which includes 6 possible endings, two of which can already be reached in this release.
So a tip to all of you: make sure you have completed all the steps of the previous chapters, then save the game at the beginning of chapter 12 in order to have a restart point to be able to discover all the possible paths towards the different endings: I assure you which are many!
Another important note: as we are near the end, I have disabled the code for the extra content, which is therefore available by default.
Chapter 12 counts 725 new CGs and contains the first two Endings; but be aware that the decisions you’ll make during this chapter will have impact also in the final one.
You can control how you advance towards the different endings from the bars at the top of the interface: then it’s up to you to find out how to advance!

Chapter 11 Part 2
You’ll find 233 new CGs, some of which part of the extra contents A Happy Marriage

Chapter 11 Part 1
No extra content this time since it will be released with the second and final part of the Chapter.
A total of 406 new CGs is included.
Added three steps in three different storylines to be played.
Added a new feature in the settings screen. You can now enable a simplified handling of the hotspots that will remove them whenever possible; I mean they will remain if they are essential to determine paths in the game .

Chapter 10 Completion
Added 328 new CGs as long as 2 new animations .
Added two steps in two different storylines to be played.
Both added steps have various paths, based on your choices, so you’ll need to play them at least two times to discover all the new contents.
Added a new user setting (you can find it in the settings page) to simplify map cohort composition (the characters dragging). If enabled, simply click on the map destinations (the ones with a yellow mark) and you’ll get all characters positioned automagically! I hope this way it will simpler to follow the storylines.
Changed naming of Chapters Asset files in order to avoid problems from case sensitive contexts.

Chapter 9
Added five steps in different storylines to be played.
A total of 933 new CGs is included, along with 3 animations!
Extra content A Happy Marriage contains 6 new animations!
Changed and improved code to handle animations playback
Implemented a new function to highlight the characters (shiny effect on character’s icon) involved in the step when hovering the mouse over a location in the map. This way it should be simpler to select the relevant cohort.
Set by default the transition speed to maximum to reduce lags on less powerful PCs.