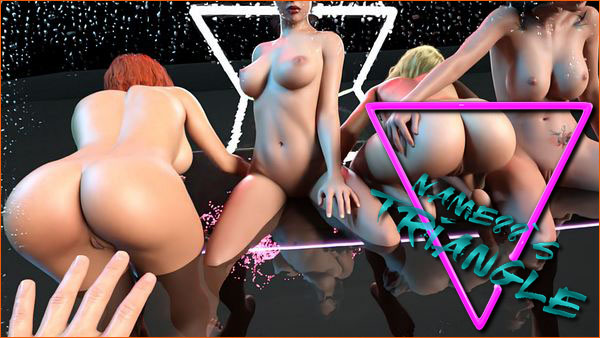 Become Ghost and take on the advenutre of a lifetime. Explore the most mysterious place on Earth and beyond, with 4 beautiful women beside you. Join the adventure in this cinematic, story driven, sci-fi, visual novel, with dating sim elements, unlike anything else. Retro – future styled experience, paying homage to the greatest pieces of 80’s and 90’s pop-culture. Action, humor, drama, tension and intimacy, spiced up with a kick-ass synthwave score, you’ll find it all in – Name88’s Triangle.

Book Two 2
Entire new chapter of the game Name88’s Triangle.
As a bonus I added a choice in Book One, during the club scene.

Book One +
Added 1 render near the beginning of the episode.
Added 2 lines of dialogue during conversation with Mr. Hauer.
Added “Music Room” in the Main Menu.
Added couple of visual effects.
Added couple of transitions during some of the “animations” making them SLIGHTLY better(don’t expect miracles though.)