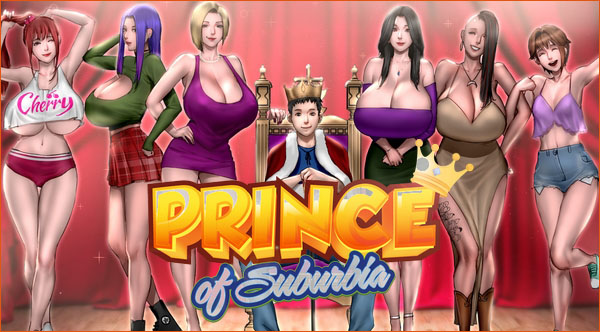 This update cycle also included 2 remastered scenes from Part 1 – V0.55 with Heather and Naomi (which were already released publicly back in December). Development of the second beach update (Part 2 – V0.95) is already in progress and is estimated to release Spring 2023!

Prince of Suburbia v0.55 Rewrite
Please note that there are three scenes that existed before that are now animated. There is also an entirely new animated scene that has not been scene before. We are now officially caught up as far as the rewrite goes. It’s all new from here on out.
Partial-Rewrite
This partial-release is about 1/3 through all of the game’s content and is NOT the V0.6 release. We anticipate the V0.6 release to come through mid-late February.
Josselyn Stark is redoing the story/script because we want to give you an actually decent story with real character development, pacing, and a story flow that makes as much sense as we can put in it. The main plot remains mostly the same. Although, we have removed scenes that we feel did not fit the original vision for the game. We’re hoping the new script will be a better complement for Scarlett’s amazing art and auxiliaryout’s fantastic animations.