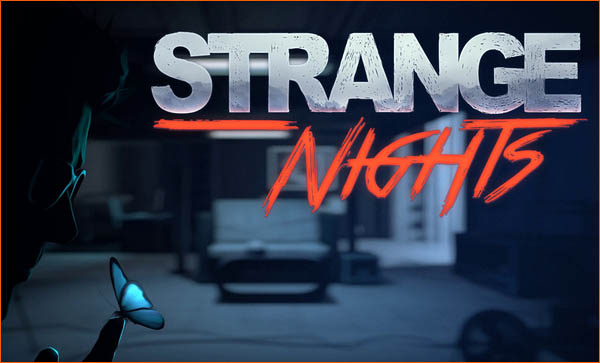 Strange Nights is a free adult Visual Novel game in development, based on Life is Strange. You assume the role of Mark Jefferson, a photography teacher at Blackwell Academy who acquires some unnatural powers that let him change the fate of others and himself.


Changelog
v0.7
Point based morality system:
During the game you acquire either Empathy points (EP) or Dominance points (DP).
Some scenes/conversations/choices require said points to unlock and progress in Strange Nights.

Red Binder:
Jefferson’s inner codex with two main categories: Profiles and Memories.
Profiles: Description and insight of people you meet during the game.
Memories: Things to remember. Objects, places, thoughts, phone messages, scenes, etc.
If something happens during the story Strange Nights, the profiles update accordingly.
There’s also a ‘view memory’ button for detailed images, but currently only the sex scenes work. Acts as a gallery for unlocked content.

Phone:
A phone system that displays messages and pictures dynamically.

Hotspots:
During the game you’ll encounter some eye icons. They’re usually additional information about the current scene, but sometimes they contain memories and plus scenes. Some memories can be missed like this.

v0.02a
For those who played the test build:
Thanks for pointing out the spelling mistakes and the heavy lag during the Rachel scene. Both got fixed, scene is now super smooth, and as an additional perk the game’s size is much smaller due to a better video format.
Converted all the video files including the Victoria ones.»
Basically, just spelling mistakes fixed the lag and reduced the file size.