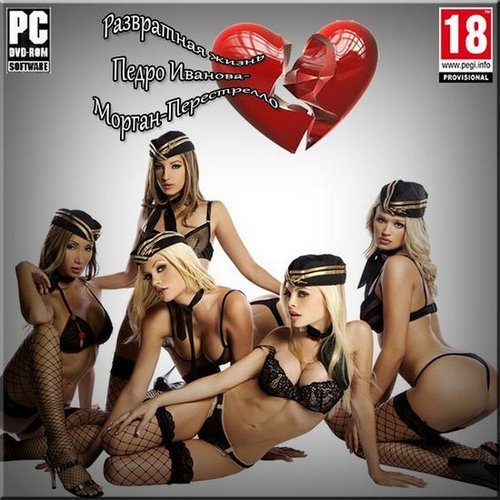 Sex game Family Life, also known as «The Family Life of Pedro Ivanov — Morgan-Perestrolelo», tells about the difficult life of an American handsome. You will have the opportunity to develop boring, not interesting relationships and be a faithful family man or indulge in debauchery with neighbors, girls of easy virtue and even girlfriends of your daughters. The plot of the game Family Life is quite variable and, accordingly, has many endings, it all depends on your morality!


Changelog
1.0.0
Added some minor additional features, such as the ability to cheat items, and replaced a few low-quality gifs with better images. There is no new story content. If you’ve already played an earlier version, there’s no need to play this one.

0.1.3
This version contains several bug fixes and additional features, including:
In trigger descriptions, indicate which person the MC should talk to (thanks Sazhm).
In trigger descriptions, show minimum day constraints (thanks Claudio83).
In trigger descriptions, show probability for random events (they still show up green in the in-game highlighting only if you’re going get a successful random number at the current time).
Paths between the mall and home are now properly highlighted (thanks finndem).
Fixed issue with being unable to repeatedly give gifts (thanks seadart123).
Added missing threads to thread board. Some of these are needed to start more important threads, like ginaLola (thanks Donho78 and trashhumper).
Added user control of which threads have highlighted hints (thanks finndem).
Added Locate, Threads, and Quick Menu buttons directly to the main screen (The L, T, and Q beside the hamburger — this illustrates my lack of artistry in creating icons!) (thanks taler and Baka plays).
Reduced NPC icon cycling. Now a fixed icon is used when the relationship is low, another as it gets higher, and then a randomly-selected one when the relationship is very high (by which time it’s hoped you have a better idea of who is who). I can’t figure out how to make a tool tip showing the girl’s name. (thanks Johny Alfa and Baka plays).
Changed font size and button placement for smaller screens. A huge thank-you to taler for implementing this!
Added ability to unblock any blocked thread. This will allow it’s content to start playing immediately, so only use it when you’re ready to start that thread.
Fixed bug with Tamara Party thread (thanks kinghell).
Fixed an issue where is was difficult to talk to Johnny at the strip club (thanks ChaosDancer).
Modified the city map to disable locations that are currently closed, and to hide locations that haven’t been found yet (thanks Johny Alfa)

0.1
Initial Release — this version will have bugs, but contains all the content of the original game.

Info Event Packs
The base game contains a lot of content and will keep you busy for many hours. The event packs contain images for additional events that can be played after you’ve played most of the content in the base game. Only download these three event packs if you enjoy the game. When you install a new event pack just reload your game from a save and the new content will automatically be available.