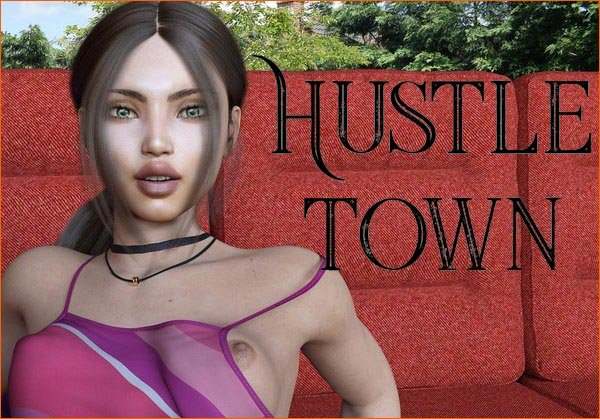 The reason it’s called Hustle Town is you essential have no money and are to lazy to work for any, you have a few dollars to buy a joint and a beer now and again but that is about it, you need to hustle everything else. You come across a variety of girls and the only way to bed them is to help them out, so you have to hustle whatever they need, or you need, to bed them…


Changelog
Complete
It’s done and dusted folks. The MC goes out with a bang, well several of them. Thank you all so much for sharing my journey, your love of my story has kept me going. I will do something with the girls from Handorf down the track, I love them and already miss them, but for now, it is time to move forward. I am already working on a second game and will post some more info on that in the next few days. For now, just enjoy what time we have left in Handorf, play it slowly, take it in, it is no work of literature, it’s just a goodbye (for now). Once again thank you all so so much.

Episode 13 Final 1
This episode is also known as the final part one. It is written differently, its just free flow, no map, no visiting, just story. There will be a second part to finish the game up.
280 images
10 animations (something like that anyway)
One of the animations has no sound and one has a hair in forehead issue, I have left them for now or I’ll be fucking about for another week at this rate.
There is no android version, they are breaking when I try to build them. As I have nearly finished I will try and fix the android issue when it’s all done and dusted.
Hustle Town will continue as a comic series maybe, hopefully, if I get time, just for nostalgia and lolz.

From the get-go more or less you will get the choice to follow two different paths. As they progress, sometimes scenes will differ and sometimes they won’t. It is written in such a way it does not matter which one you follow, or if you choose to go back and play the other one. The final outcome is the same, you just pick up different information one way, a different H scene among other things, For maximum lolz I suggest playing them both.

I tried to change the render every time the scene differed but might have fucked up and didn’t once or twice so be careful when you skip. The last day is the same for both paths.

I made a bug on the last day, because of what happens in this episode, it comes down to two different girls you can see at night. Depending on what path and which one you see first, on the last day there is no one to see. If so click on the kitchen icon on the bottom and it will jump you to the last day, I will work out a fix later. (I mention this in the game.)

There could be some slight image errors and it has not had it’s proper proofread. And ignore the closing credits, I have not changed them yet.

Episode 11
314 pics
2 H scenes
1 of the H scenes has 2 camera views
The other one has 2 different animations (well 2 and a bit), 2 camera views on 1 of them, 3 on the other, as well as a speed button. It also has a bit of animation on the end which in my opinion is worth the admission fee alone.

Episode 10
230 images
One sexytime animated scene.
Was meant to be two but I fucked it up and only realized today. (It was a bonus scene anyway).
One other sex scene.
A lolz animation.
This whole chapter Hustle Town is written from a different perspective, I hope you like it.
Please use sound, apart from the sex scene there is a couple of lol scenes.
A volunteer has been going through the whole game and proofreading with a fine-tooth comb, they have done it all bar this chapter. I have not put his corrections in as yet, I will before the public release.
I have also fixed a bug on the map from way back at the start Hustle Town.
I Have also re-worded some minor dialogue from the start.
Also, I made a jump around the cable TV game, too many ppl were getting stuck on it and I got sick of telling them exactly how to do it because renpy sucks.