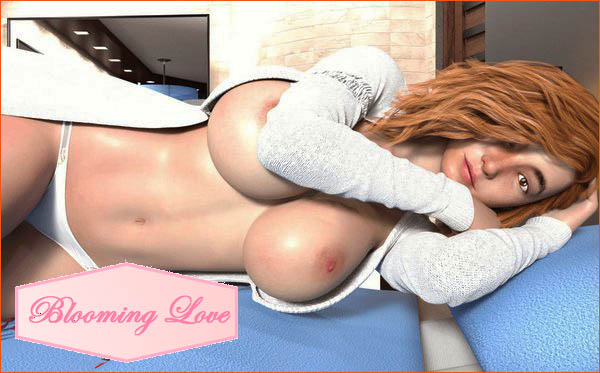 In Blooming Love you play as the eldest of two sisters. You haven’t spoken or seen much of your sister in the last five years and your somewhat surprised when she askes for your help. You agree to let her stay at your apartment for a while, ignorant to what a beautiful girl your sister has become and the strange feelings you’ll soon feel for her.

v0.14
Added day 14 — Gave Lexi’s, Roxanne’s and Fellica’s name tag their own color (dark red, green and deep blue) — Significantly reduced the file size of most png images, which results in a much smaller download size (even though the quality of the images has barely changed at all)

v0.7
— Added Day 7 (Between 45 and 60 minutes in length, depending on routes taken and reading pace)
— Changed the fonts used in the game
— Fixed a bug on Day 3 in which the game would not remember it if you chose to tell Lisa you thought it was a good idea to add an adult toy section
— Added a mild Orton effect to most 1920×1080 images in the game (which gives them a very soft glow)
— Extended the scene in Day 1 in which the two sisters see each other again for the first time (Winner of the poll posted several days ago