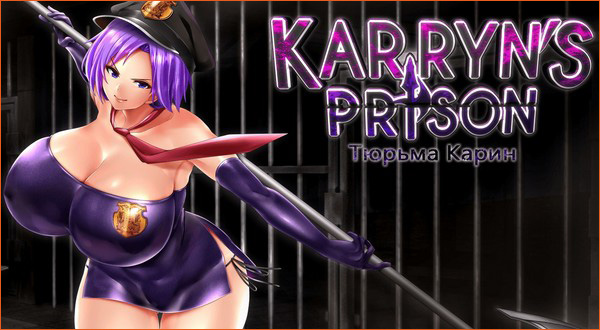 In Karryn’s Prison, you play as Karryn, the new female Chief Warden of a notoriously lenient prison that has just rioted. Will you subjugate the rowdy inmates through force, or will you be subjugated yourself as your resistance towards their nonstop sexual advances starts dropping? Shape yourself and the prison the way you want to with the Edicts system! Struggle against sexual advances with the Willpower and Desire system! Become more and more vulnerable to sex with the Passives system!


Changelog
v1.1.0
Added Simplified and Traditional Chinese localization!
Added a voice to the title screen.
Added new facial variations to the Level 2 Defeated battle.
Lowered the requirement for a few side job related Titles.
Made minor ongoing changes to the Waitress Side Job.
Changed the effect of the Edict Hire Bar Waiters.
Changed the effect of the Edict Repair Visiting Room C and Repair Visiting Room D.
Fixed a bug with Hardworking Waitress Title.
Minor code optimization.
Fixed various minor bugs.
Fixed enemies in Defeat Battles indecisively dancing around Karryn.
Fixed the Force 60 FPS setting being disabled even when not playing on a Steamdeck.
Fixed a bug with the Chinese localization text files not being properly used while subscribed to Sushikun’s unofficial translation workshop mod.

v1.0.6b
Added Korean localization in Karryn’s Prison
Fixed a bug where the Threaten the Nerds Edict was increasing Corruption, for realsies this time.
Added support for mod authors to have their mod automatically added to mods.txt — Credits to EtchiMan#0903

v1.0.4a
Battle cutscenes no longer get skipped when the ‘Auto Continue After Voice’ Setting is selected and a voice finishes playing during cutscene messages.
Fixed potential minor oddities before a Defeat battle.
Fixed the messages leading up to the side jobs needing to be re-written on the screen again if the text speed is not set to instant.
Corrected minor typos.