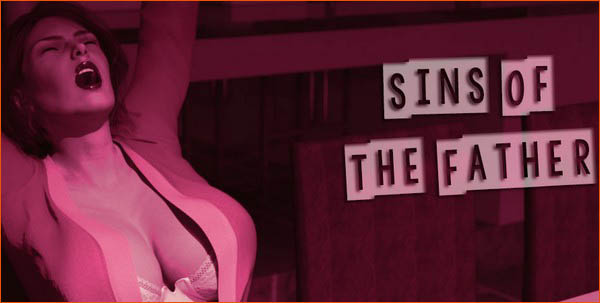 Sins of the Father — the story revolves around a young man, named Mack, who has to come to terms with both his past and his future after having lost his father during a home invasion.


Changelog
v0.7
As always I recommend a fresh playthrough with every new version, just to keep the story fresh in mind.
A hotfix usually requires a new playthrough as it usually involves me fiddling with variables and thus fucks up the saves!
Sins of the Father changelog:
Added 3 more days of ingame days.
Added one new character: Meghan, (M.D.) — yes you might actually be in need of a doctor this time around.
Added three other characters, but they won’t take any prominent roles in this version. You just meet them very briefly.
There are some images that are not used in this version, but they are very few (just a heads up to the extracter’s of images out there).

v0.6.1
Corrected some functions as they were not doing what they were supposed to do. Now Energy, Corruption, Focus and Prowess work as intended — I hope 😉
Added two additional functions to properly keep track of Trust and Lust.
Removed a scene from the very first day which had evaded our attention. The MC doesn’t need to shower twice!
Fixed Mary suddenly going topless right before the big reveal, when Jo hadn’t persuaded her to go topless earlier. Shouldn’t happen again.
Added a choice to pursue Jocelyn in a relationship even if she was not taken advantage of the night she was drunk (should have been there in the first place — wasn’t. Don’t know what happened).
Fixed a lot of dialogue and typo’s throughout the project.
Changed a scene were Jo suddenly stands naked in your room and want’s to sleep with you.
Fiddled with the various variables and added a few more to control the flow better.
Fixed Nat’s path: She was coming home with the MC too easy on her path. Now she can return home with the MC, but it’s not automatic just because you’re on her path.
Fixed the banging of Eveline. Now both Marsha and Jo can make that happen (You have to give in to Jo when she comes home drunk). This way you don’t require Marsha for a good banging at Eveline’s.

v0.6
Added 2½ more days of ingame days.
Added in Sins of the Father two new characters: Sheniqua and Imani (some of Spyder’s hang-arounds)
Fiddled with variables and added a function to keep better track of the «Energy» variable.
There are quite a few images that have not made it into the game, but they are there to be used in future versions.
Given the above corrections, prior saves might fuck it up! New play-through recommended and remember that «tab» and «ctrl» are your friends in these instances.

v0.5
Removed a choice where you could choose not to investigate the fathers death. It would have further complicated things down the line, if it were to remain.
Fiddled with a few variables and added some functions.
Given the above corrections, prior saves will fuck it up! New play-through required and remember that «tab» and «ctrl» are your friends in these instances.