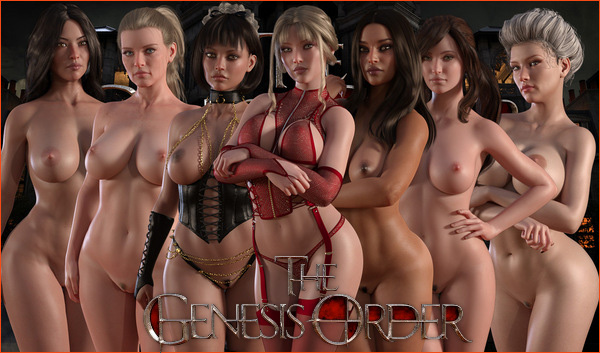 The Genesis Order is the latest chapter in NLT’s saga which started with Lust Epidemic, continued in Treasure of Nadia and will now start a new chapter later in 2021 alongside the ending of Treasure of Nadia. The game will feature some familiar faces as well as many new ones, including 13 new ladies! In The Genesis Order you’ll play as a junior detective trying to make a living and peruse your passion solving crimes and meeting gorgeous women. This complex story unwinds with as many twists and turns as you’d expect from an NLT game!


Developer Notes
As Treasure of Nadia comes to a conclusion a new story begins! The Genesis Order will be the 3rd game in the NLT saga. The new game moves our story to the old town of North Santiva where a murder mystery is unfolding that will lead to much stranger discoveries. Lust Epidemic and Treasure of Nadia hold mysteries that will further unravel in the The Genesis Order.

Lots of groundwork has already been completed and some new processes are being put into place that should lead to improvements in animation quality, overworld detail, interface design, and NPC interaction.

I would expect a trailer to be ready to share in April, but will also be sharing screenshots and other images and animations here in the weekly reports and also on Discord as we get closer to release.

I’ve not settled on an exact release date, but the plan is sometime in the middle of the year. More details to come!