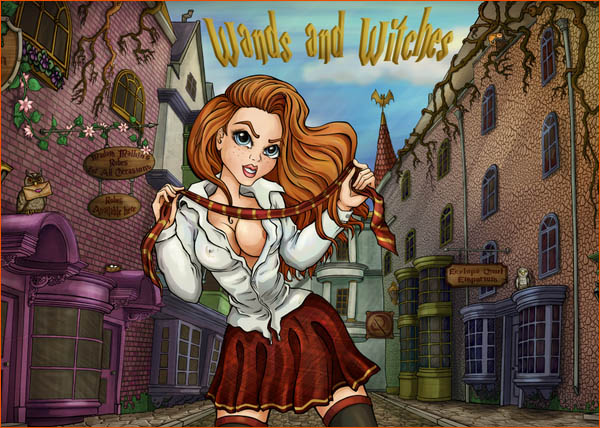 When you turned 18, you received a letter with an invitation to the Hogwarts University of Witchcraft and Wizardry. Because magic is not for children!

In addition, we have made some changes to the game balance. Some «tough» characters now have reduced skills and abilities requirements during their quests.

Also, according to your numerous requests, we have removed the restrictions on playing time in this version. However, if you play beyond a certain point, the game will warn you that further saves may not be suitable for the finals.

v0.91
— Two new quests. The first is the Christmas ball. The second takes place during the ball, and you will fail it if you can’t manage to complete it before the ball is over.
— New outfits for almost all characters.
— New, more varied sprite for Ginny. So far we have only used it for the ball, but we will replace her old sprite in the rest of the game in the next versions.
— Four backgrounds have been redesigned or redrawn to better match the holiday spirit.
— Three new soundtracks.
— We’ve fixed a lot of bugs from previous versions.

v0.90
As always with the latest releases, it turned out to be more than we had planned. The size of the game has grown by 17,000 words and 27 scenes.
We remind you once again that all new content takes place after December 21st. The game time has been extended until December 25. You must use the old save, or play again before the end of December to see the new content. We strongly do not recommend using cheats to change the date in the game, this can completely break it. The events of this update are very variable, and it is almost impossible that two playthroughs will lead to two identical balls.
Even though we put in a lot of pre-alpha testing, we’re pretty sure we couldn’t find all the bugs. So, if you find any, or you just think that events in your game are developing illogically, then we ask you to tell us about it.
What has already been done:
— Two new quests. The first is the Christmas ball. The second takes place during the ball, and will fail if you don’t complete it before the ball is over.
— New outfit for almost all characters.
— New, more varied sprite for Ginny. So far we have only used it for the ball, but in the next versions we will replace her old sprite in the rest of the events too.
— Three backgrounds have been redesigned to better match the holiday spirit.
— Two new soundtracks.
— Animations for 7 scenes out of 27 are ready.