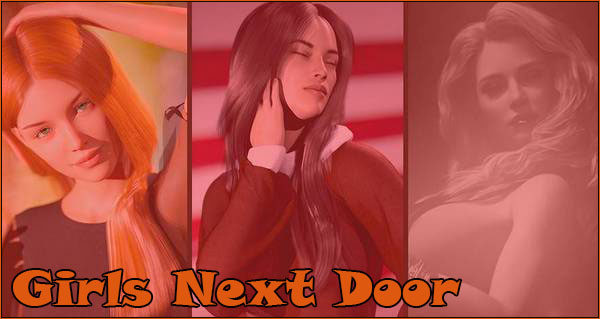 Girls Next Door it the story surrounds a guy who his childhood friend just moved in to live with his family. She always got him in trouble, since they were kids, and it seems that things have not changed. You play as a young adult, who is living together with five women. Each one with their own personality and storyline, and you progress through it, event by event, combining choices and traits to find your desired path.


Changelog
v8
We made a facelift on the Events Screen and a brand new photo gallery with all Geb’s extra content.
The main event in this update is the ‘Pool Party’ sequence. Do not let Natalie do everything she wants. Also, Alice is quite joyful today.
Gameplay
*5 new events
User Interface
*Events Screen redesigned
*Photo Gallery
Performance and Stability
*Minor bug fixes and performance improvements