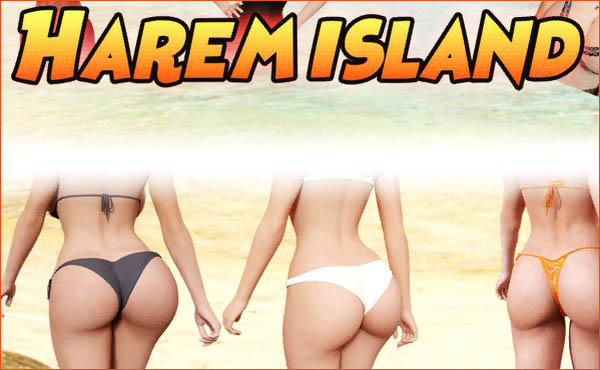 Harem Island — You are wrecked on an island, you have experienced a lot, but it seems this island is not simple and fraught with danger. The creatures that live here are focused only on attacking man… The game has a wide variety of characters and some fantasy races such as elves, fairies, orcs.


Changelog
v1.0a
A patron reported that the Berza button wasn’t opening her dialogue ^^ now it should work.

v0.8a
Dev aspect: Changing some animation names, changing a line on battle system, Adding few lines when loading the Game, Changing soem quest descriptions.
So here is your bugs that should have been fixed:
Momo’s battle was bugged
Some quests was still ???, it was the case when you loaded a game from 0.7e
Some quests didn’t trigger, it was because there were another a requirement, I’ve added it into their descriptions.
Many weird things in the battle. (Orgasms were 100% 300% 500% etc.. instead of 100% 200% 300%… and many focus animations).

Harem Island v0.7
Okaa-Sama, Momo, Sophie, Miki have many new events each.
Better guidance quest panel.
Paradise quest, involving Okaa-Sama,Momo,Sophie,Miki & a new character.
Once these 4 girls loves you you can ask for sex just by talking to them.
«Wait» button to pass the time instead of having to hunt.
I didn’t counted how many new animations there are, but there are a LOT.

Harem Island v0.6
Modifications:
many new big and little events for Miki and Sophie, only private stuff.
Instead of doing a bit of content for each girls I only added content to Miki and Sophie is was more pleasant to write! I’ll work like that in the future 😀 Next girls will come little by little.
I did many animations (only created by me) but many aren’t satisfying me, I think I’m gonna rework it later (for use it on future animations, not rework existing content).
I’m in love with Sophie.
Miki too.
I also added a lot of background, even if some are not good, you should better see what’s happening. Once you saved your people, go to the lounge on the Evening.

v0.1.1
Dialogues: edit of some texts, to fix some english mistakes.
Battle system Updated:
— more simple and easy.
— Cool UI animations.
— This is not % anymore, You can now see they gauge that act like life points.
— It gets a bit of Random values.
— it works with your stats and hers (but you can’t change them yet)
— You should not have to choose between speed or forceful in the future, just increase the intensity or decrease.
The Map system:
— You can now visit the plane by clicking on map’s buttons.
— You can talk to people.
— not everybody are present but it should be the case very soon.
— Cool living animations for a cool immersion.
Story:
-A specific action will trigger a scene (with sex animation) and it will explains you your goal in the future of the game.
Saving system:
— You can save and load the game, unlike harem Villa, It works during a dialogue and on every maps.
— I’ve disabled it during the battles, so if it doesn’t works when you see life gauges that’s normal.