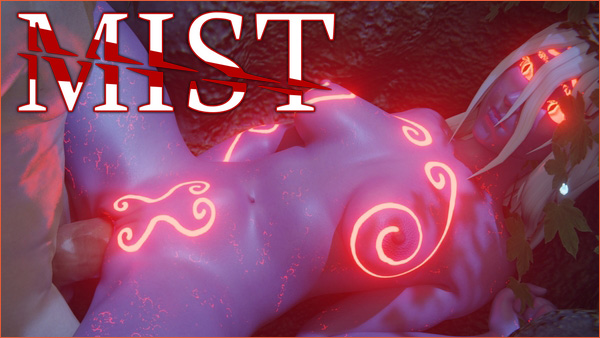 You want nothing more than to relax at your late grandfather’s old mountain hut, when you are suddenly surrounded by a thick unnatural fog. To make it worse, dangerous shadowy monsters lurk in the woods and attack you. But there is a glimmer of hope. A girl that was able to flee and now lives with you. The tension is high and survival difficult, but you have to pull through. In the sex game Mist – survive, unravel the mystery and forge bonds with the girls you meet in this desperate situation.


Changelog
v1.0.3
Removed typos. Hundreds of them. I’m not even kidding. And I think in the process I actually understood some grammar rules that I didn’t get until now.

Bugfixes. Not that many but a few important ones. Like a rare softlock that could occur in the tunnels and problems with the fishing system.

Adjusted Images. There were very few wrong images still in the game Mist. Basically images from older versions that I’ve now changed. There were also a few images that needed some adjustements to their brightness, which I’ve also done.

Content changes:
1. Some adjustements to the early game. Nothing big. A few small dialogue changes, a very slight balancing adjustement.
2. Harvesting ferns on the mountain gives more food.
3. I made a new screen when you close the game.

Fixes:
I included a “forcequit” buttont o the pc screen in the tunnels in case something breaks and people need to get out of there. I hope it helps, I’m not sure.

v0.10
New Content:
1. The story continues to the final fight against the Director.
2. 2 new scenes of which one is stupidly big and features 19 different animations. An amount that I’d normally spread across 4-5 different scenes.
3. A new area to explore leading up to the fight.
4. New sounds and new music in Mist.
5. A bunch of new animations.

Content changes:
1. A change to the talking system and the fireplace events that corretly greyes out events you’ve already seen.
2. A new tutorial for the fishing minigame that triggers when you pick up the fishing rod for the first time.
3. Slight adjustments to the difficulty of the second large fight for the cabin.

Content changes:
1. Small adjustements to the early game, putting some of Robins earlier struggles before the rework back into the game.
2. Added a function to look at a map while exploring the tunnels.
Fixes:
1. Bugfixes. The usual small stuff that arrives while developing.
2. Grammar and spelling fixes that were pointed out to me.

Notes:
This update Mist mainly features new content and moves the story along, aswell as introducing new scenes for the girls. There are some bigger things happening in this update, I hope you enjoy it!

Content changes:
1. I made a few small tweeks to the fishing minigame, making it a bit easier to catch the big fish.
2. And another set of small tweeks to make one of the bigger fights slightly easier.