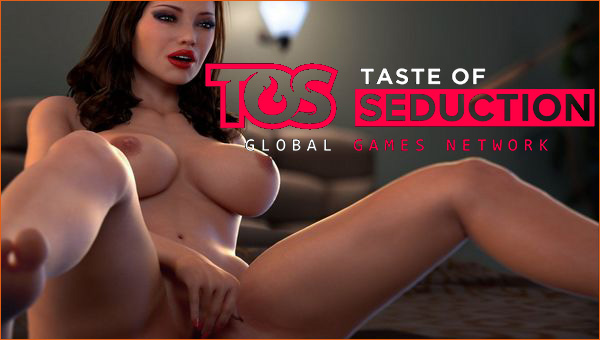 Taste of Seduction is a 3D high-quality, first-person, story and dialogue-driven RPG adult game that blends together themes such as college life and that of a spy adventure. You play as Devlin, a young adult who has the ultimate goal to solve the mystery of his father’s puzzling disappearance. Before doing that, you first have to manage to balance your hectic college life, annoying family dramas, and the difficult challenges of growing your own business. How do you do that? Making unlikely friends, amassing impressive capital, and bedding a dazzling number of stunning young ladies.


Changelog
v0.2.5
– A new mission, Devlin Captivus ( Since in version 0.2.4 there were some issues with the sleep system and missions were crashing, we thought we’d come up with a bonus for this inconvenience, a way for us to apologize! )
– We solved the sleep problem, when you couldn’t go to sleep and the missions and the game would crash
– On day 6 we added to the list of missions, the step where you have to go to the courtyard to talk to Mia to make everything clear, there are people who get stuck at this step
– More slots for the game’s save system plus changes to the save system, it’s much more stable now. ( Previous saves no longer work on this version, unfortunately you have to start the game from the beginning )

v0.2.4
– A new location, the park
– New missions in Taste of Seduction
– A new sex scene ( It is not finalized, for the final version on Steam we will come with additions )
– More slots for the game’s save system plus changes to the save system, it’s much more stable now. ( Previous saves no longer work on this version, unfortunately you have to start the game from the beginning )
– Bug fixes
– Reworked objective progression ( Tiredness meter )
– New items in inventory

v0.2.2
– Added the police station and Officer Roberts
– We continued with the development of the main story of the game – unlocking the mission “Smooth Criminal”
– A sexual element has been added to the strip club. You can go up to any of the three dancers for a blow job in a surprise spot in the club.
– A lot of fixing has been done. For example in the previous build there were a lot of problems in the club with the clothes going through the leather, now they have all been fixed, also if you moved away from the models in the club they lost quality, this problem has also been fixed plus a very long list of fixes.
– UI size changes
– Bake and clean lightmap (Lots of black spots have disappeared from furniture)
– All female models in the game have had their hair altered. In the past the hair looked great except there were big performance issues if you got close to their head or hair. That’s why we chose performance over quality. Now hair may not look as good, but it offers much better performance. Over time we want to optimise this process more, to leave the hair at high quality without affecting performance.
– The bug where Devlin would get up from his chair in the club and the camera wouldn’t change to first person and he would stay behind has been fixed.
– Added yoga mat – in quest with Mia
– The loading time of sex scenes has changed, they are now faster

v0.2.1
– A new location, a strip club where you can interact with 3 entertainers (dancers) and drink lots of alcohol.
– A total of 15 new NPCs in the club
– A dumbbell exercise and knee bending system has been added to Devlin’s room to raise the status level.
– Plus lots of technical details behind the update