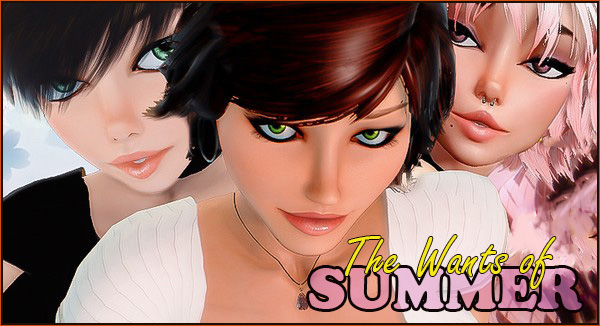 Sex game The Wants of Summer. A young man returns to his home city, Goldream city – to enjoy summer to its fullest. He’ll come to realize that his world is not as it seems, and only upon investigating does he discover the truth. Meanwhile, he’ll have some fun.